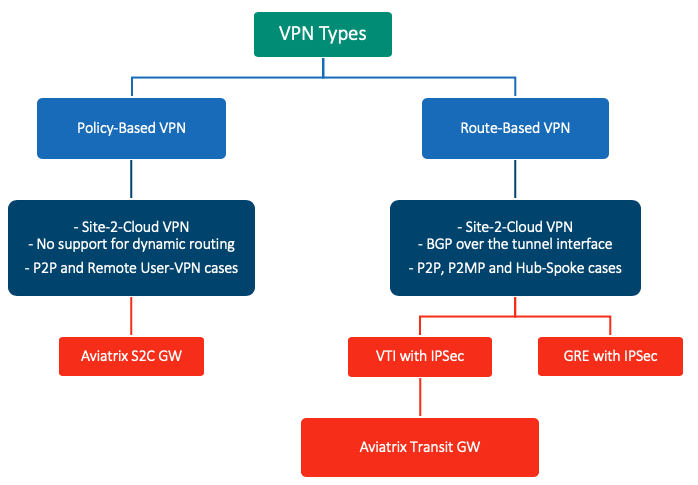 Aviatrix can build the IPSec tunnel mainly from two types of gateways. The availability of features varies based on the type of gateway and use-cases. Over time it will improve and we will have feature parity

This is a new feature in 6.0 which now allows a route-based (VTI) on-prem device to connect o Aviarix-S2C-GW in the Cloud.

Caveat: Supports IKEv1 only as of 6.0 (enabling IKEv2 will result in following error) 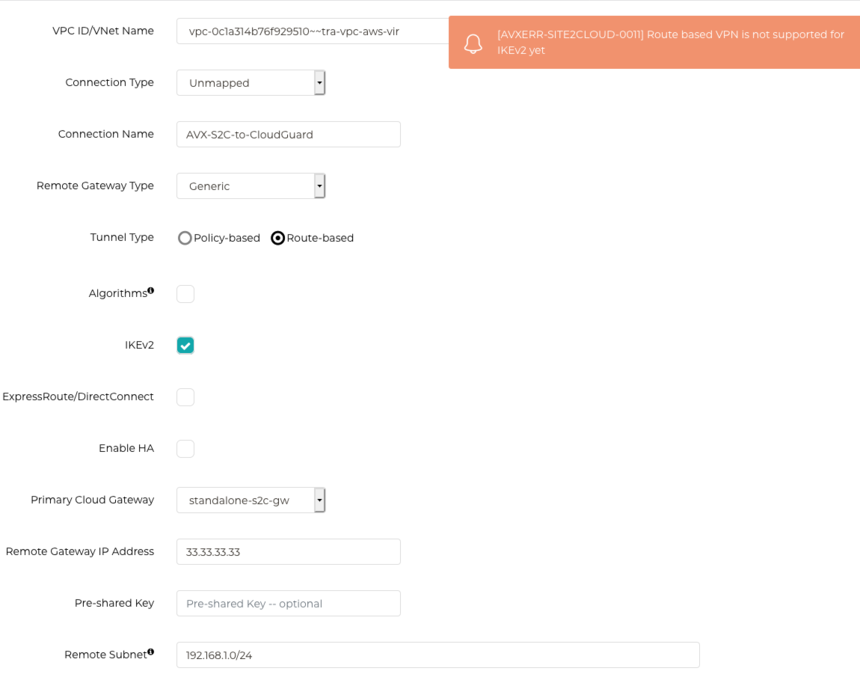 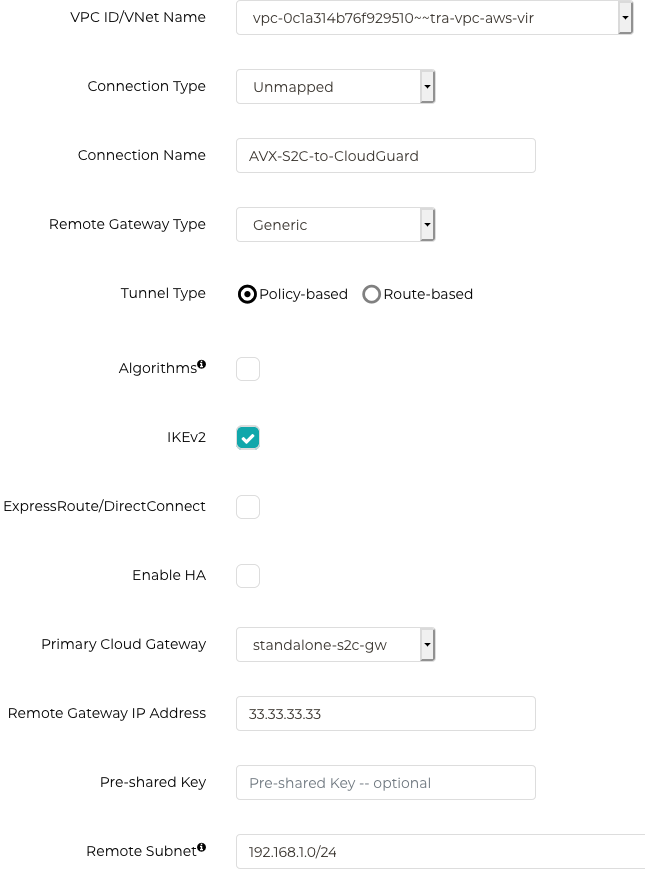 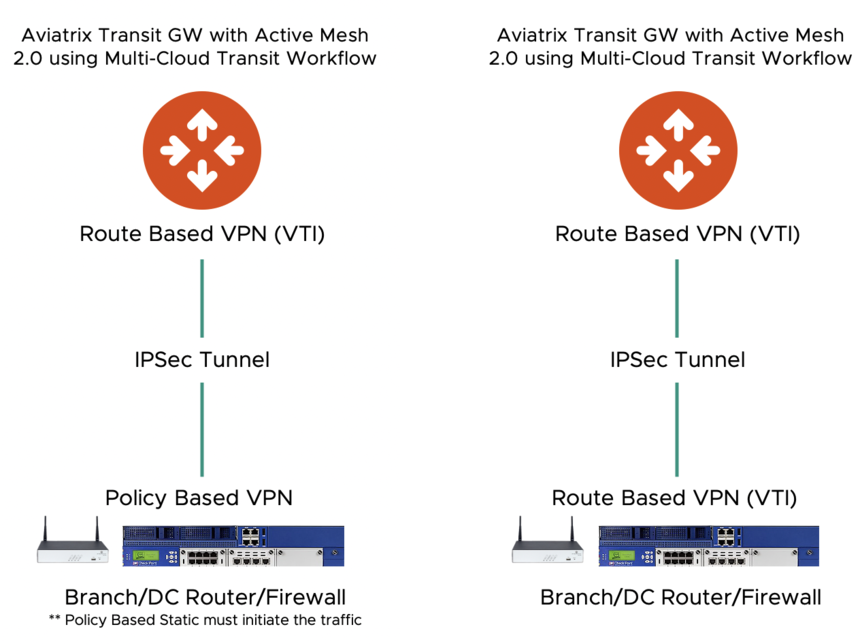 This is most widely used and recommended option used with Aviatrix Transit GW. This can only be configured from the Aviatrix Multi-Cloud transit workflow.

This mode only support IKEv1 as of 6.0 release. 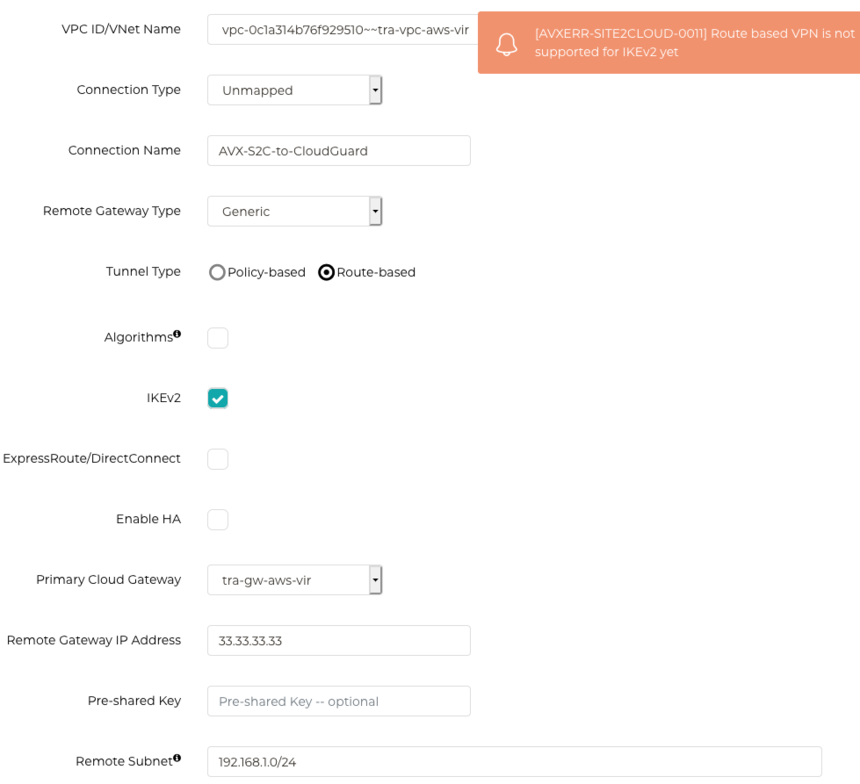 When you configure VPN to remote sites from Site2Cloud page and select a Transit GW, the VPN tunnel is built with policy based VPN. 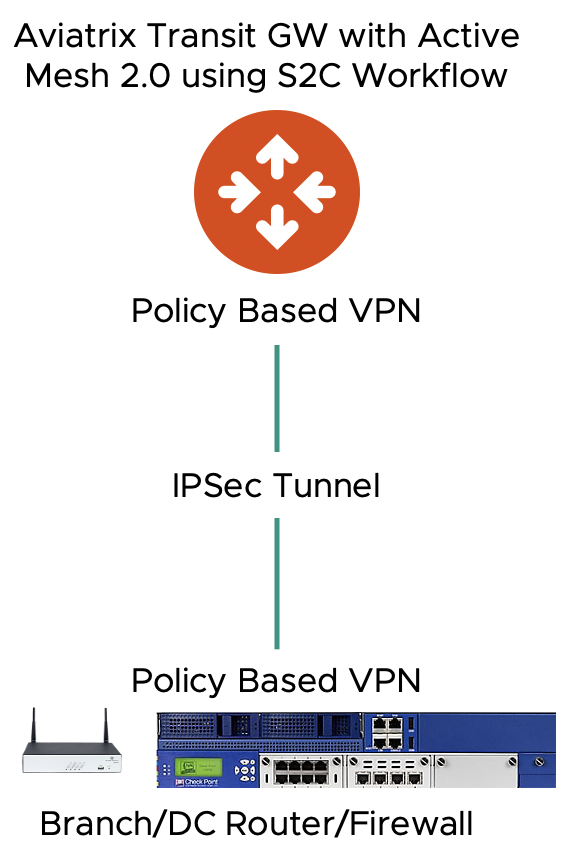 As mentioned earlier as well, the Aviatrix Transit GW does not support IKEv2 as of version 6.0 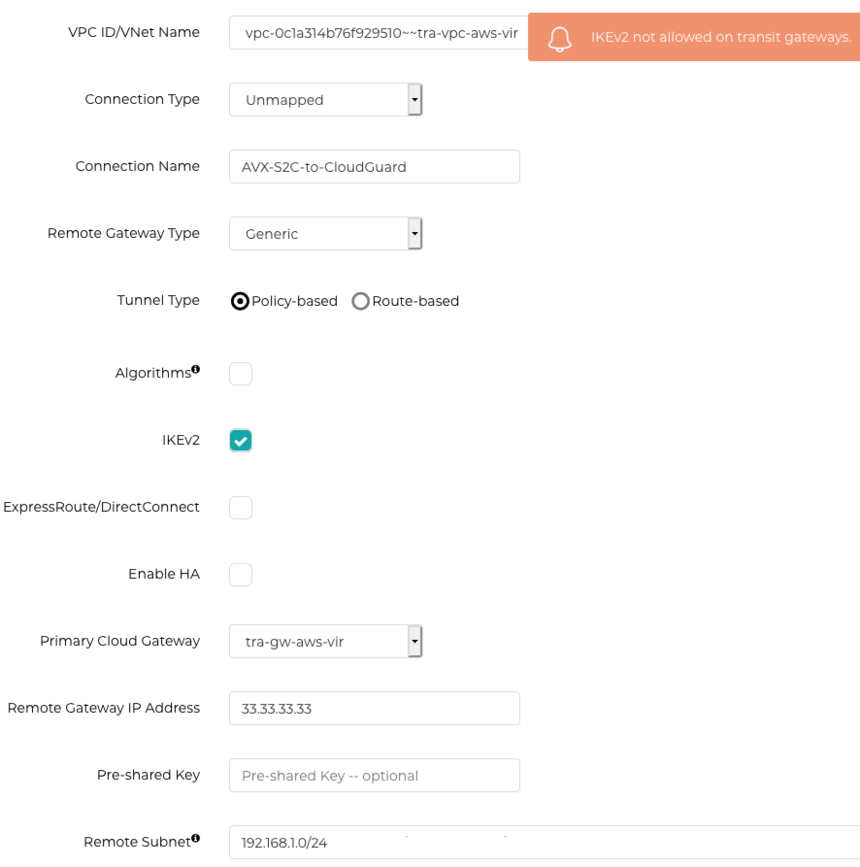 This is the new feature in Aviatrix 6.0 release. Now customers can connect Aviatrix Transit Gateway with external devices such as routers and firewalls using policy-based VPN.
This is an important feature that provides interop between a route-based Aviatrix Transit GW and a remote policy-based IPSec tunnel destination. This use-case is to allow the remote site to participate in the ActiveMesh 2.0 route selection in a unified manner.