What is a Firewall?

A firewall can be described as a hardware device that acts as a network security barrier between an internal network and the Internet.

A firewall has a very simple premise: Do I let this network connection through or not? For as complex as modern firewalls seem, it really comes down to that question and there will only be one answer from two possible choices.

In the image below, an IP header is shown in detail and gives you an idea of the kinds of things a firewall can see for a given piece of traffic. 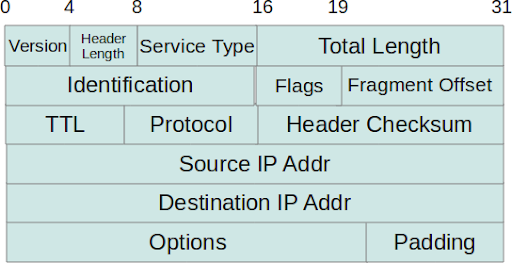 How a firewall arrives at that choice has been experiencing a prominent evolution over the past 30 years is now derived from three types of scrutiny: