What is an Azure Virtual Network (VNet)?

Azure Virtual Network allows many types of Azure resources, such as Azure virtual machines (VMs), to communicate securely with each other, with the Internet, and with local networks. The scope of a virtual network is a single region; however, several virtual networks of different regions can be connected together by virtual network pairing. 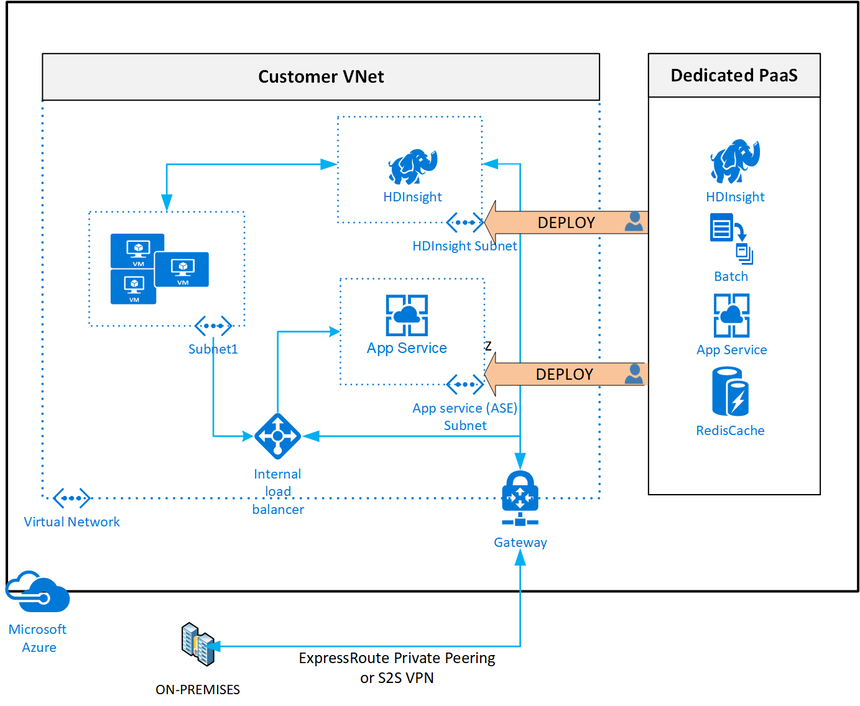 Users can filter network traffic between subnets using one or both of the following options:

By default, Azure routes traffic between subnets, connected virtual networks, local networks, and the Internet. Users can implement one or both of the following options to replace the default routes Azure creates: