How are the VPC route tables updated when connecting VPCs via AWS Transit Gateway (TGW)?

AWS Transit Gateway (TGW) enables customers to connect their VPCs and their on-premises networks to a single gateway. It acts as a hub that controls how traffic is routed among all the connected networks which act like spokes. The AWS Transit Gateway (TGW) was designed to replace the older Transit VPC architecture, which deployed third-party instances that performed transitive routing functions.

While both the AWS Transit Gateway (TGW) and the older Transit VPC constructs allow for connectivity, the routing updates and related challenges are entirely different. Let’s take a look at the legacy approach of implementing transit using the Transit VPC architecture: 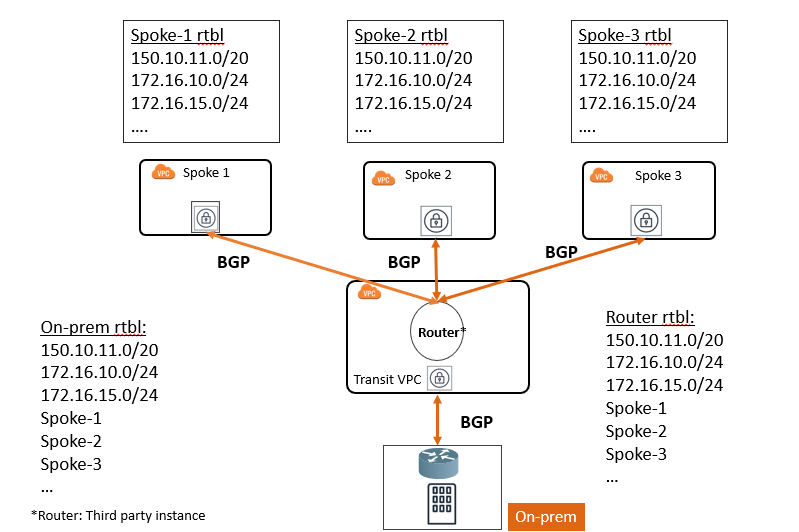 The connectivity to on-premise relies on Direct Connect or IPsec VPN and terminates in a VGW, which is attached to the Transit VPC. A third-party appliance (Cloud Router) with transitive routing capabilities connects the VGW to all the “spoke VPCs.”

In this construct, the on-premise (or Datacenter) environment routes are learned by the VGW through Border Gateway Protocol (BGP). The third-party appliance/instance also learns these on-premise routes through BGP from the VGW and propagates them to the spoke VPCs’ route tables. So, if we add or remove a subnet in the datacenter or connect a new branch location, the route changes are propagated to the Spoke VPCs using multiple BGP hops. 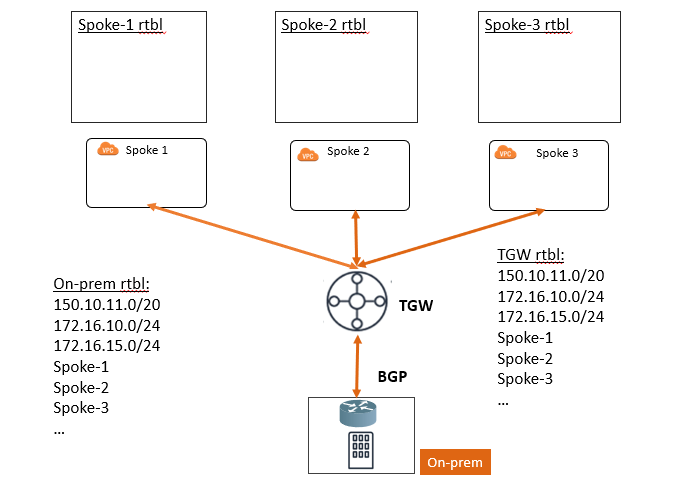 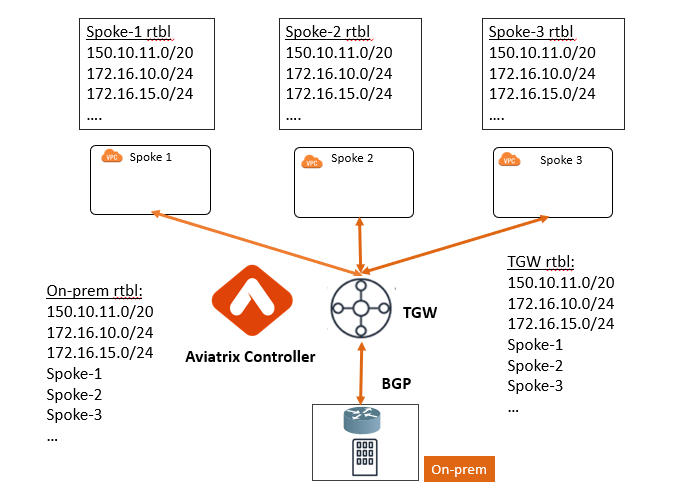 For more information, check out docs.aviatrix.com or watch the related videos here